In this article, we’ve listed some of the best discord bots as well as funny discord bots for your discord server.

Discord has risen into one of the largest gaming communication platforms over the past few years. Its basic idea is to provide a setup to gamers around the world to distinctively communicate with each other in groups. While the idea is amazing, its popularity has created a stampede that is at times inhuman to handle. That is where Discord bots come into play.

Discord bots are an extremely useful tool for anyone who owns a discord server as they lighten the workload of the human moderators. In other words, these bots enhance the overall performance of the server by providing automation techniques will help in regulating the overall flow of your server. In this article, we will discuss how to add bots to discord and the Top 20 Discord bots to improve your discord server.

In recent times, Serum has grown to be one of the best discord bots available today. The basic idea behind is to provide an automation technique which allows the owner to give the bot a voice command which it registers and complete tasks on the server.

What makes Serum one of the best bots for discord is the fact that most of its competitors do not provide the ability to give the bot voice commands in order to complete tasks. Therefore, the owner here does not have to minimize their game screen in order to give commands to the bot.

Aethex is an extremely useful bot for discord as it comes with a plethora of features that are executable. Its features are categorised into several categories such as social, game integration, moderation command, etc.

As its name suggests, Music bot is a bot for discord which helps owners in controlling the music that plays on their stream. It is one of the best music bots for discord as it has the ability to search the source files for music from various websites on the internet.

The bot helps users to play music on their stream by converting YouTube videos within a stream into an MP3 format and play it on the stream. It also gives the users the ability to play music using direct links that are played in the stream if the file is supported.

While on stream gameplay is fun to watch, it sometimes gets stale for some viewers. Discord Dungeons is a very good bot when this happens.

The basic idea of the bot is to provide the stream viewers the ability to interact with fellow viewers in a unique way. It comes with mini-games that viewers can play while watching the stream that they are watching simultaneously. The mini-games on Discord Dungeons are based on roleplaying where your character uses skill sets such as woodcutting, mining, fishing, etc.

Typical bot is a simple discord bot which comes with basic features mostly for moderation and entertainment. It is quite similar to Aethex in terms of maneuverability.

The bot includes moderation tools like join messages, nickname logs, the ability to flash warnings, kick spam users, and much more. Apart from that, it also has a random pick feature which randomizes and selects one of the viewers which is quite helpful for those looking to pick viewers for giveaways.

As we know, memes have become a huge part of our lives in recent times. MemezBot serves this very purpose on your discord server.

The most useful bots for discord are those which comes with a variety of features that lighten the workload of the owner. Zandercraft also comes under the same roof of bots.

Zandercraft focuses on engagement for your stream. It comes with entertainment related activities such as the ability to send GIFs, memes, interactive notifications, and much more. It also allows users to play high-definition video and audio sourced from the internet live on stream.

Spam links within a live stream are extremely annoying especially as it disturbs the ongoing discussion on the chat. StahpDozAds makes sure that this problem is minimized.

As its name suggests, StahpDozAds is a Discord bot which aims for one thing only – to stop the spam ads on your chat. Now, you might be wondering, about how the bot works. Well, first we need to know how to add bots to discord. With this bot specifically, you can download and install the bot through their official website upon which it runs a script and prevents viewers from posting affiliate links.

Engagement plays a huge part towards your success as an online streamer. Tatsumaki helps in this area in an efficient manner.

Tatsumaki is a basic bot for discord which curates a leaderboard system within a Discord chat enabling everyone involved to compete with one another in a healthy manner. The leaderboard updates of the bot are quite efficient and it also has the ability to take in results from Reddit feeds and other platforms supported.

While bots on discord are quite helpful for all kinds of streamers, many still argue that the mechanics still need more advancements in terms of artificial intelligence. If you feel the same way, Rh1-No is the ideal choice for you.

Similar to most Discord bots, Rh1-No provides useful moderation tools in order to properly regulate the chat. What makes the bot special, however, is the fact that it comes with artificial intelligence through which it performs tasks without the owner having to manually put in commands. The owner here just has to give allowance to the bot for different tasks upon setup.

Statistics are what defines a player’s level is in any particular game. However, the statistics of today’s games take multiple figures into account making it hard for players to keep track of their statistics. This is where GameStats comes into play.

As its name suggests, GameStats is a Discord bot which tracks the in-depth game statistics of the streamer in hand. It supports various mainstream games such as Fortnite, PUBG, Rocket League, etc.

While the motive of any Discord chat is to maintain a clean atmosphere all around, sometimes people prefer to go dirty. This is where NSFW Discord bots come into play and Dat bot is the perfect example.

Dat Bot is one of the most popular NSFW Discord bot available at the moment. It allows users the passage to post dirty content in the chat while also making sure that all the Discord policies are taken care of.

If you are a regular at Twitch, you have probably seen Nightbot before. Well, it is also available on Discord.

Nightbot is possibly the most advanced moderation bot that is available on Discord in terms of regulating the chat as it filters out content making a healthy chat possible. It has the ability to automatically remove explicit content and anything that creates an unhealthy atmosphere in a chat.

Interaction between users in any given chat is essential for the longevity and the fun aspect of it. DueUtil largely helps this particular case in a unique manner.

DueUtil is a Discord bot which provides its users the ability to create new weapons on the chat in order to complete different kinds of quests that they then face. It is an elite in the category of funny Discord bots which is of no surprise as not many bots provide the features that it does.

Most discord streamers have a YouTube channel or a Twitch account they usually go live on to play. Sometimes, this leads to an issue where your viewers are unaware of the moment you go live on. This is where Couchbot helps.

Couchbot is an extremely useful bot for Discord. Its basic functionality is to connect your social accounts with your Discord accounts upon which it sends over instant notifications to your followers whenever you go live on stream or upload a video on YouTube. It also directly connects Strawpoll to your chat which helps when you need feedback from your followers.

Whenever a streamer is looking for a Discord bot, they usually look for a bot which kills multiple birds with one stone that is completing a variety of tasks by itself. Dyno Discord Bot is a perfect example in this scenario.

Dyno Discord Bot is a great bot for Discord server owners as it significantly improves the quality of your server by providing a variety of features. Its most significant features include auto-moderation for spam, the ability to intake custom commands, and much more. Apart from that, it also serves the purpose of Discord music bots as the owner can also operate their music via this bot.

Music is a huge part of any gaming stream in today’s world as it adds that extra element onto the gameplay which keeps the chat engaged while they watch their favourite streamers play. Vexera is another option if you are looking for a music bot for Discord.

Vexera is an extremely useful bot for any streamer who likes to pick up music from regular or irregular websites on the internet. It is one of the best music bots for discord which also comes with some moderation tools to help you maintain a healthy atmosphere.

There are times when as a streamer, you look to build your own clan and create events where everyone participates in. However, the going gets tough when it comes to notifying each member of your clan about the updates on these events. This is why you need Guilded in your life.

Guilded is a very good Discord bot which helps in sophistically creating a team/clan within a Discord server. After that, it builds a clan calender for your clan through which each member of the clan is notified about any updates related to the upcoming events.

Gaming is a huge part of the world that we live in today. Gamers from around the world play games and this sometimes creates a communication barrier especially on a popular platform like Discord. This is where the Discord Translator bot comes into play.

As its name suggests, the Discord Translator bot helps in translating foreign language into the preferred language set by the server owner. It supports over 100 languages from around the world and also comes with a text-to-speech translation.

While the main goal of any Discord server owner is to gather a crowd around which watches the games that they play. However, one must also make sure that the chat stays engaged within themselves while connecting to them. TriviaBot is a good bot for this purpose.

TriviaBot is an interactive bot for Discord which comes with over 3000 trivia questions and about 25 categories to choose from. Therefore, it is safe to say that this particular bot will always keep your viewers engaged.

Discord is an amazing communication platform for all kinds of gamers. Streamers from around the world can own a Discord server of their and engage with their viewers on the app. However, to make sure that their Discord server runs in a proper manner, streamers must make sure that they apply the best possible bot for it. This is why we created a list of the 20 best Discord Bots as of 2019. 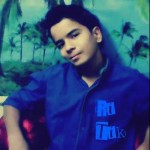